Get fresh music recommendations delivered to your inbox every Friday.
We've updated our Terms of Use. You can review the changes here.

Living Is Killing Me 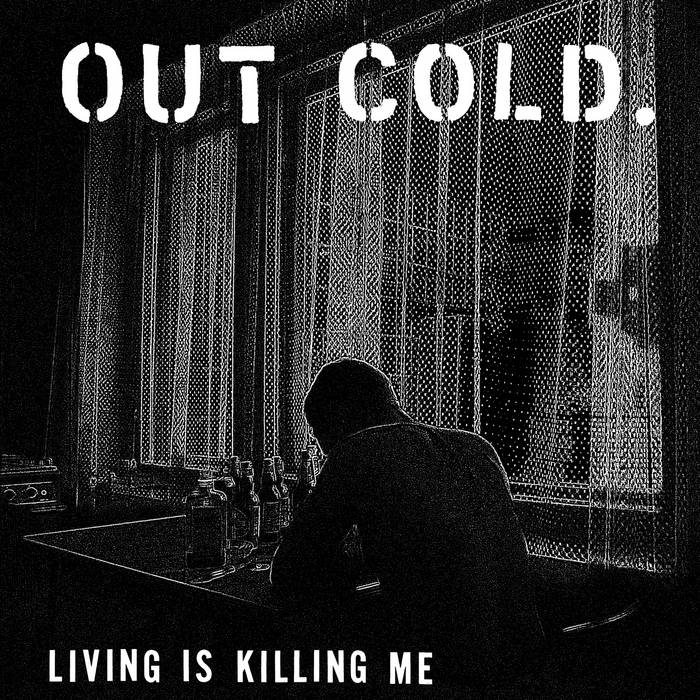 pissin in your elevator

Sorry State is pleased to release Out Cold’s Living Is Killing Me, the band’s final statement in their legacy of pure, unadulterated hardcore punk. For the uninitiated, Out Cold is hardcore’s greatest cult band. They flew under the radar for most of their 20-year run, but for those who understand the band’s importance, Out Cold were a truth, and a benchmark for quality.

During the tail-end of the 80s, there wasn’t much activity in the world of fast and raging American hardcore. Out Cold was the big exception. Out Cold’s aggression was unwavering, presaging the 80s American Hardcore obsession that flooded the US in the mid-00’s. Formed in 1989 in the town of Dracut, MA, about 30 miles northwest of Boston, Out Cold would stay true to their formula for tried-and-true 80s-style hardcore until they disbanded in 2010. Releasing a slew of records throughout their career, Out Cold’s discography became extensive, each record just as vicious as the one before it. They are hardcore’s most reliable band. For their genre, Out Cold personifies consistency in the same way the Ramones or Motörhead did. You always know what to expect with an Out Cold record: amazing drumming with in-the-pocket rhythmic intensity; urgent, catchy, and tasteful songwriting; dark, misanthropic lyrics; and huge, memorable vocal hooks.

While they’ve undergone several lineup changes, Out Cold's foundation has always been drummer John Evicci and guitarist/vocalist Mark Sheehan. Following 2005’s Goodbye Cruel World, John and Mark recorded drum and guitar tracks for two full-lengths worth of material before Mark’s untimely and unfortunate passing in 2010. Rather than letting these new songs fall by the wayside, the band rescued the session from the abyss with Kevin Mertens, Out Cold’s original frontman, coming in to complete the tracks. Half of these songs became 2013’s A Heated Display, the remaining half comprising Living Is Killing Me.

After a long wait, we finally get to enjoy a proper send-off for these legends. Having been almost 15 years since the band recorded the basic tracks, Living Is Killing Me bridges two eras of hardcore punk. They conceived the songs during the height of US hardcore’s resurgence, but in 2019 the tracks have a fresh energy. Kevin sounds as ferocious and powerful as he did on the first Out Cold LP, like someone released him from a block of ice to scream once again. The performances are militaristically tight and powerful: 14 bursts of pure fury. All good things must end, but Living Is Killing Me reminds us why Out Cold is one of the best bands ever to play hardcore punk.

Bandcamp Daily  your guide to the world of Bandcamp